Home » Porcelain and glass through the Silk Road 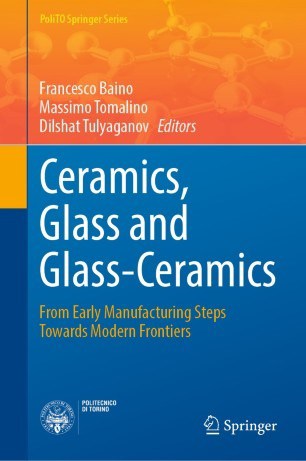 Porcelain and glass through the Silk Road

The multiple forms and applications of ceramics and glass are becoming increasingly important in modern science, society and everyday life. Indeed, pottery and man-made glass can be considered as old as human civilization and every prominent culture has generated styles and developments based on such materials. From a historical point of view, it is worth pointing out that the works in glass and porcelain were produced all over the world, uniting the civilizations of the East and the West through the Silk Road, which promoted economical, political, cultural and technical contacts between the two cultures.

For over a thousand years, porcelain has represented the fundamental material in the study of ceramic materials. For centuries, various efforts to reproduce the desired characteristics of Chinese porcelain – such as whiteness and translucency – in Europe were unsuccessful due to the complexity of the formula and manufacturing process.

In particular, one of the critical factors were the raw materials, first of all the kaolin, the mineral of the clay group, an essential component of porcelain and responsible for achieving the right compromise between the glassy and crystalline phase which allows to reach high aesthetic and hygienic properties. The economic commitment of governments and the efforts of scientific research, intensified especially between the end of the seventeenth and the beginning of the eighteenth century, led to the invention of the first European porcelain by the Meissen laboratory.

The success of unveiling the arcanum, or rather the mysterious secret of Chinese porcelain, passed through the happy intuitions of Count Walther von Tschirnhaus who, after years of unsuccessful attempts, finally in 1705, led him to consider the importance of the firing temperature of the dough in addition to the ingredients of his recipe. However, full success came only thanks to the tenacity and ingenuity of Tschirnhaus’s young collaborator, the then young alchemist Johann Friedrich Bottger who found the right mixture of refractory material (kaolin) with a fluidifying material (limestone alabaster) and the necessary ideal temperature of hot transformation: the bases of the porcelain formula and its production technology were thus discovered at the same time.

From that moment, porcelain was at the center of important government programs which, starting from the nineteenth century, led to the development of a solid industrial activity that from Europe, as well as China, rapidly expanded to the rest of the world. After World War II, the changing focus of most universities on engineering science and the growing importance of high value-added ceramic products for high-tech companies led to consolidating cooperation between industry and academia. Nowadays, scientific and technological research on porcelain constitute a fundamental sector of materials sciences with important developments in all areas of engineering applications, from biomedical to aeronautics, from construction to electronics.

In 2017, Massimo Umberto Tomalino and Dilshat Tulyaganov, friends and university colleagues, respectively chemistry teachers at the Polytechnic of Turin and Tashkent, wrote the book on behalf of the CLUT publishing house, Porcelain: from tableware to dental restoration. The main objective of the text is to offer an interpretative historical key and an updated technical framework of the fundamental importance of porcelain in the economy, science and technology, together with the entire historical development. Fascinating historical events and strategic technological fields, such as porcelain in dentistry, help answer the important question of why porcelain is still one of the most sought-after products in human life. 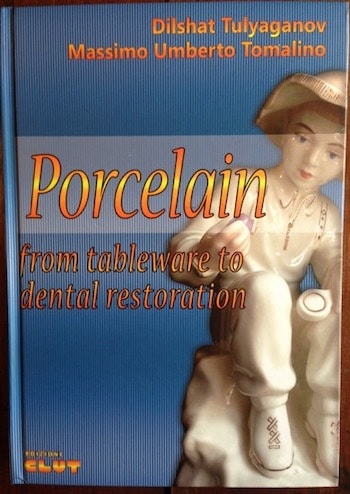 Glass is one of the first high-tech materials created by man. Around the third millennium BC the history of glass processing began while the first relevant step in the long life of glass can be set around 2000 BC, when the artisans of Egypt and Mesopotamia discovered that the melting point of silica could be significantly lowered by adding fluxes such as soda (natron) and potash. The glass industry received a huge boost from the Romans, not only in technological but also in commercial terms.

Precisely on these solid foundations, glass will continue to spread until it contributes to the success of the scientific revolution of seventeenth-century Europe and the consequent affirmation of the industrial revolution of the nineteenth century. Although there is no clear historical documentation about the precise beginning of the first trade between the West and the East of the world, Europe and Islam had multiple points of contact during the Middle Ages. On the contrary, for much of the period between 800 and 1650, a period characterized by the rush to glass technology first in Islam and then in Western Europe, glass technology will only see a timid development in China. The Silk Road peaked during the first millennium first under the leadership of the Roman Empire and then under the Byzantine Empire in the West and the Chinese Tang Dynasty in the East. Among the enormous quantity of goods exchanged, or rather “bartered” (in the absence of a shared monetary system) through the Silk Road, particular interest is aroused by the two-way pouring of porcelain from east to west and glass in the exact the other way around.

The typical places of exchange of merchandise and, therefore, also of cultures among caravan traders, were characterized by the presence of water and pastures for animals. In fact, these oases soon became important inhabited centers and today excellent tourist destinations such as, for example, the city of Samarkand, where, not surprisingly, first quality glass was marketed destined for the Far East since ancient times. The vast and varied background of knowledge exchanged across the Silk Road naturally also included porcelain and glass.

The delay of the porcelain produced in Europe according to the oriental quality levels, was matched by an equally delay of China in fully understanding the potential of glass which has not found a similar diffusion in the scientific field above all. This distrust in considering glass as a raw material for chemical laboratories and optical instruments has caused an objective delay of the East in scientific development compared to the West. As glass, like steel and ceramics, has however quickly become a strategic material of global value for human progress, it is not surprising that recent monitoring of publication activity in glass research and technology has shown that China is the leading country of the third millennium.

However, it is interesting to point out that the formulation skeleton of the main recipes for glass making and the manufacturing processes of the old masters still survive. Certainly the innovative aspect par excellence is linked to the discovery of the incredible relationship existing between porcelain and glass in the creation of glass-ceramic materials, or the glassceramics. In fact, a real breakthrough in both materials will follow Donald Stookey’s pioneering work at Corning Glass Works (USA) with the discovery of glass ceramic. Even in the awareness that there is still a lot to study and conquer in the field of glass ceramic, it is easy to foresee a rapid scientific-technological growth with ample guarantees regarding its brilliant future.

In 2019, Massimo Umberto Tomalino and Dilshat Tulyaganov wrote on behalf of the CLUT publishing house, the book Glass: from sand to glass-ceramics through the Silk Road. The text provides an exhaustive and interdisciplinary overview of the history and scientific-technological development of glass and its most varied and modern applications, such as glass-ceramic materials. The book refers to the vast plethora of readers who wish to learn about the fascinating history and the important role that the extraordinary material called “glass” has played in the course of the scientific, artistic, technological and social development of mankind with simplicity and rigor. 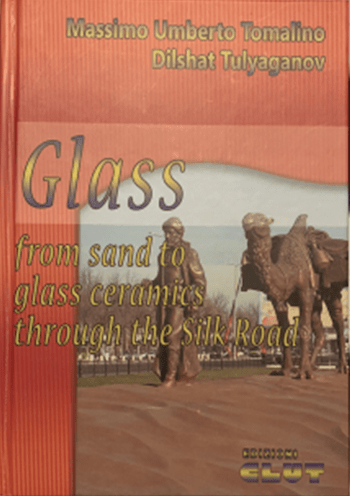 In conclusion, ceramics and glass exhibit exceptional versatility in terms of composition, structure and related properties, making them suitable for participating in countless applications from aesthetics to high-tech. In November 2021, the world publishing house Springer published the book Ceramics, Glass and Glass-ceramics by the authors Francesco Baino, Dilshat Tulyaganov and Massimo Umberto Tomalino: the treaty provides an updated overview and technical framework of the fundamental importance of the products in ceramic, glass and glass ceramic. Strategic and impressive applications of new glass and glass ceramics in emerging areas such as human regenerative medicine and innovative high-tech sectors, including energy, photonics and waste management, can help answer the important question as to why glass are and will remain among the most fascinating and requested products in human life.

This last book, to seal the trilogy begun with the two previous volumes dedicated to porcelain and glass, respectively, wants to represent another precious aspect, beyond the scientific and technical relevance: it is the result of the deep and solid exchange cultural and collaboration, as well as the deep friendship, matured between the three authors always and still today through the millenary Silk Road. 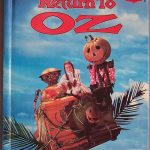